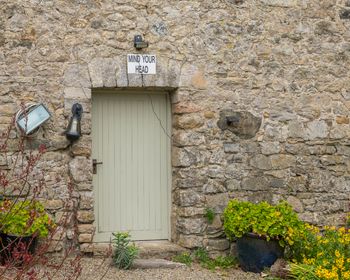 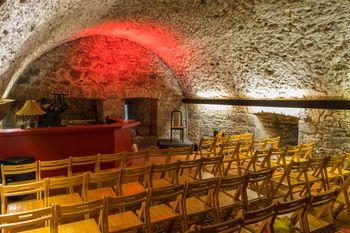 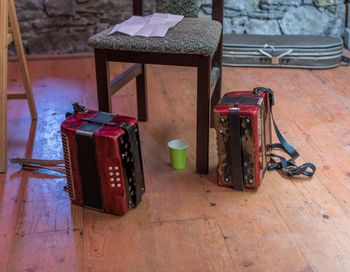 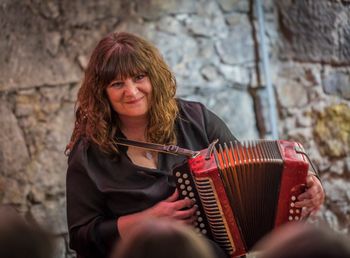 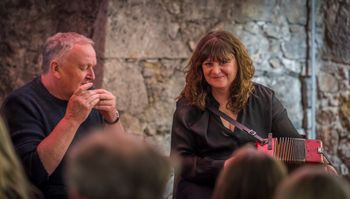 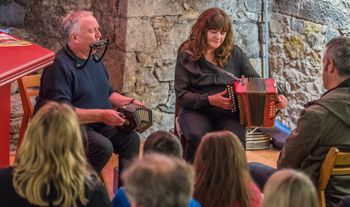 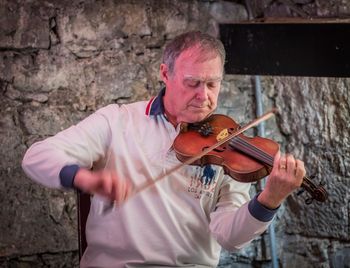 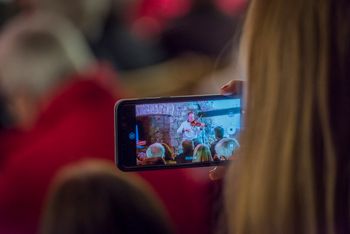 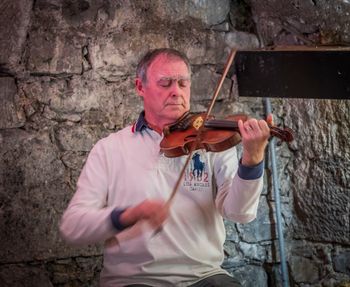 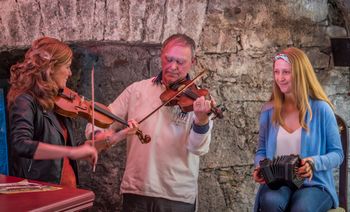 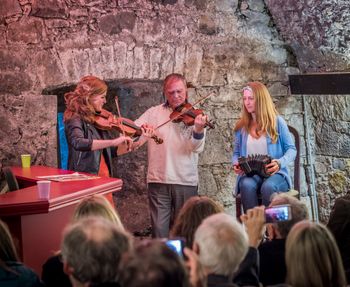 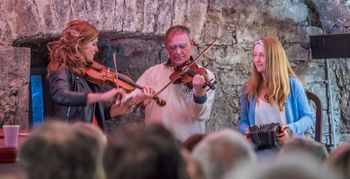 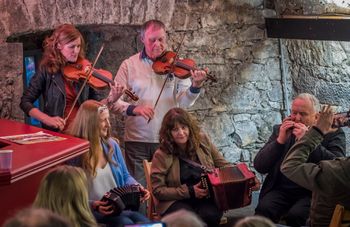 Antóin has lived at Ashbourne, Co. Meath since the early 1970s. originally from Kilcogy, Co. Cavan, he was taught to play the fiddle by neighbour, Terry Smith. In the mid 1960s Antóin came to Dublin to study at UCD. In 1971, he won the Fiddler of Dooney competition in Sligo, the Fiddler of Oriel in Monaghan, an tOireachtas and an tOireachtas Coirn Crotty (for previous winners of an tOireachtas). This abundance of winnings shows how much Tony’s musicianship and style had developed in the previous years due to the influence of those he played with.

There is always music in Antóins house, and every year they hold a traditional housedance with music & dance untill the early hours. This broadcast live on RTE for the 25th year in January 2019.

Antóin is a purist when it comes to traditional music, fiddle-playing, Irish language and culture. He is a continuously active promoter of fiddle-playing, traditional music, Irish language and culture, with numerous recording to his name. He is extremely keen to see it passed on to new generations, “ó glúin go glúin”. His attitude is traditional, yet refreshing; Tony is an ambassador of our culture.

Dardistown Castle was built as a medieval tower house by John Cornwalsh in 1465. The castle was extended in the 16th century by Dame Genet Sarsfield, who added a new entrance and other extensions. The battle of Julianstown in 1641 is said to have been fought on the front lawn of Dardistown Castle. The front hall, drawing room and dining room were built around 1750. The upper floors were built more recently with the back added around 1800 and the front built in 1860. The main Drogheda to Dublin road was moved around 1800, and is now several hundred yards from the Castle, giving the castle a more secluded setting.

Josephine Marsh is an accordion player and composer with a very distinctive style.  She is also a multi-instrumentalist and plays fiddle, whistle, concertina, mandolin, etc. She was born in London in 1967 to Irish parents. Her mother was a proud Meath woman. Josephine moved back to her father’s home place in East Clare in 1971. She now lives in West Clare with her partner Mick Kinsella and two sons Jack and Andrew.

Josephine has released a new CD which was launched at the Willie Clancy Summer School. Josephine is at present, working on the compilation of a book of her own compositions which she hopes to publish this book in the summer of 2019.